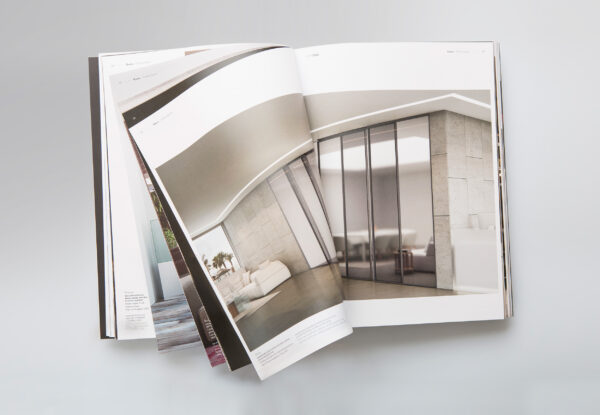 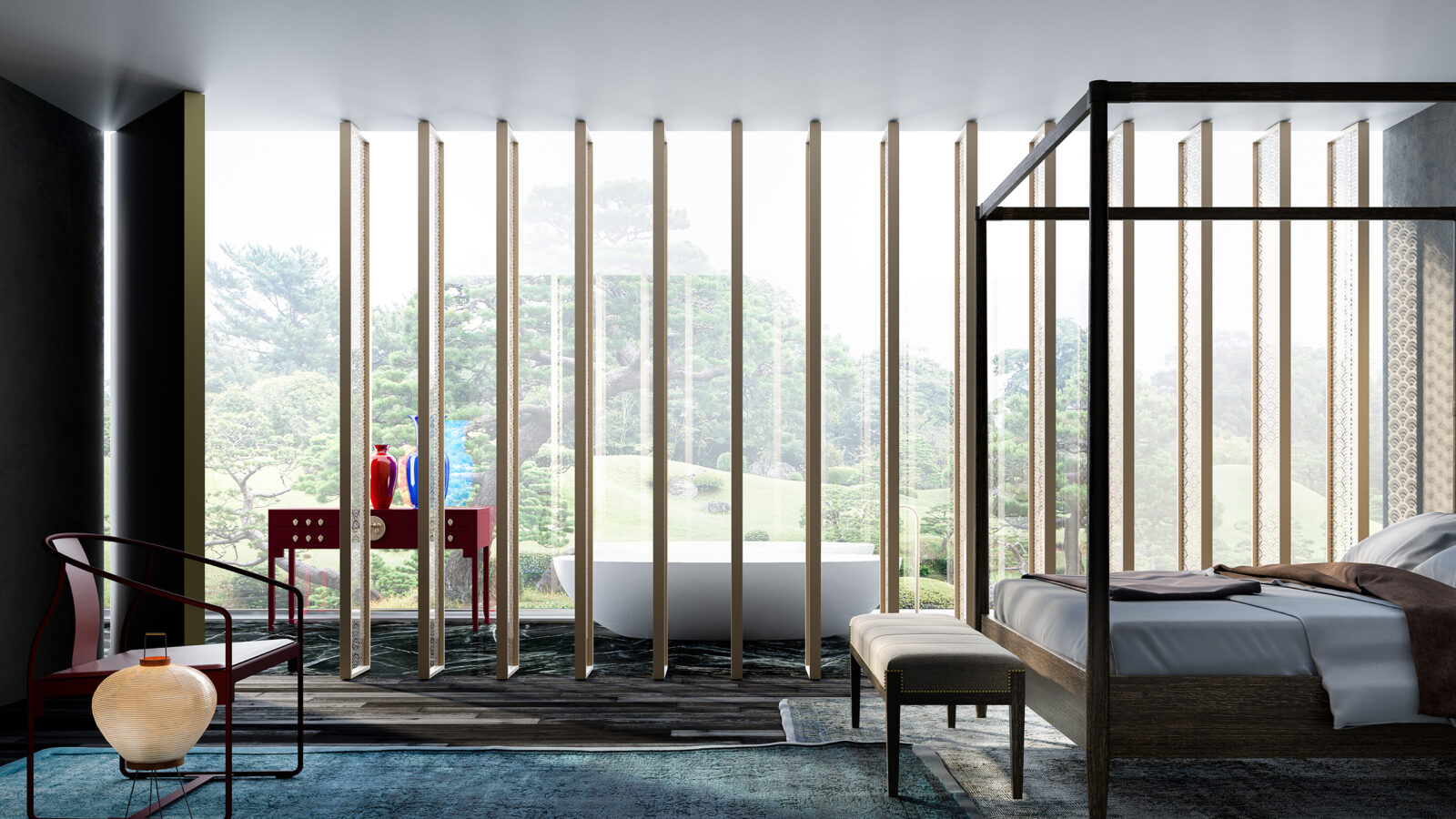 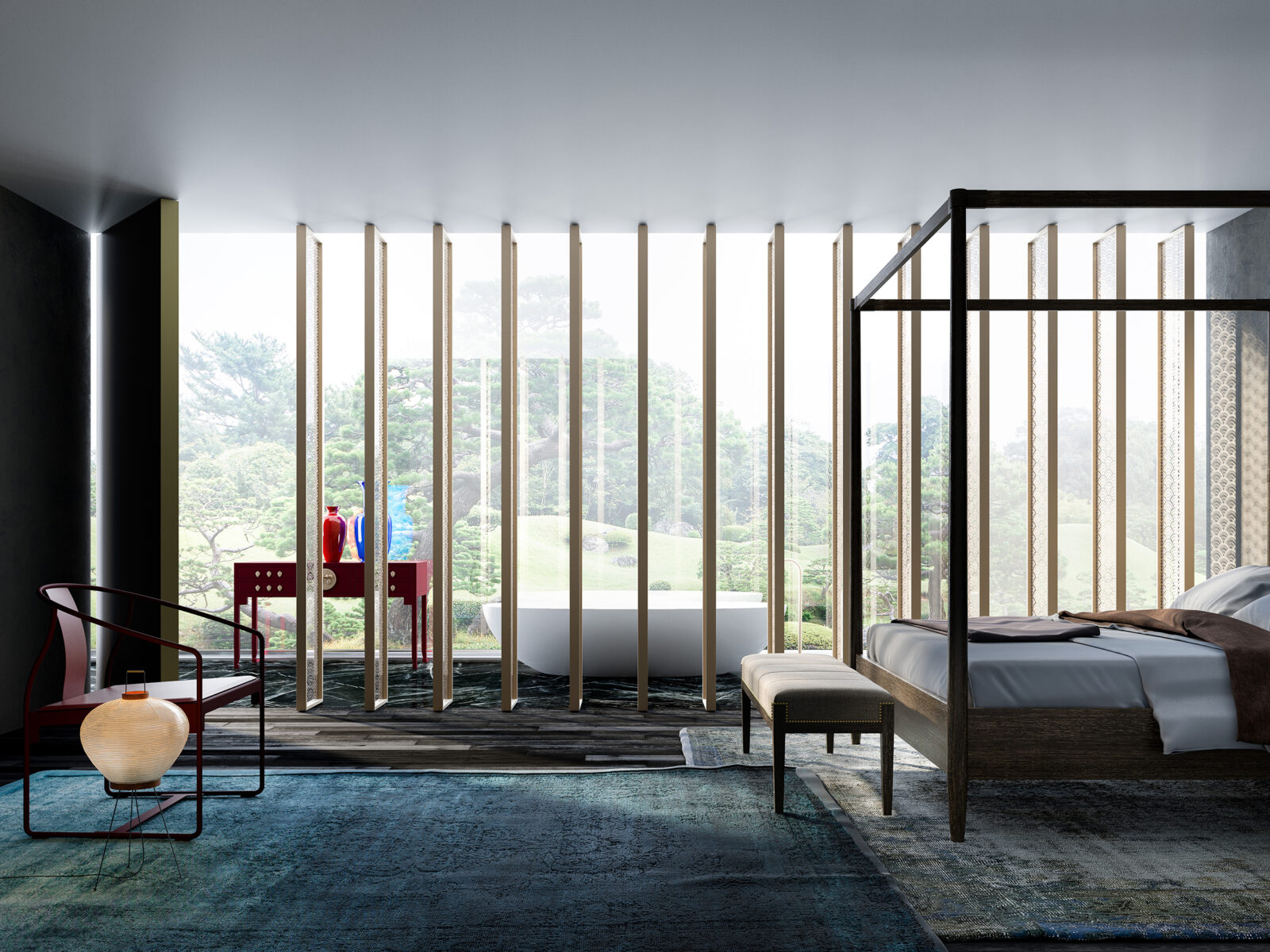 Versatility, aesthetics and functionality are the values at the base of the Zefiro modular partition system, designed by Linvisibile to divide and furnish rooms without actually separating them. This system originated in the Far East consists of a flanked vertical pivot panels able to rotate at 360° and it represents an innovation in the furniture sector.

The inspiration that guided the design of this system is to be found in the traditional wooden and hand-painted Chinese screens, also known as Coromandel. Many painters have tried their hand at decorating the painted and inlaid booths made of mother-of-pearl, ivory and other materials, thus creating real masterpieces.

In Europe, they became popular during the late Middle Ages, especially in France, where the admiration for these precious objects was such that a considerable number of specimens were imported. Later, in the 1900s, their popularity increased even more thanks to the famous designer Coco Chanel. It is said that she collected about 32 different models, 8 of which were housed directly in her flat on rue Cambon in Paris. Her passionate interest in Chinese screens is also celebrated in Claude Delay’s book “Chanel Solitaire”, in which an explicit statement is quoted on the subject:

I have loved Chinese screens since I was eighteen. I almost fainted with joy when, walking into a Chinese shop, I saw a Coromandel for the first time. The screens were the first thing I bought

From the beginning, the Chinese room dividers have taken on the function of separating the rooms both for aesthetic and functional purposes, as they are capable of conferring a good degree of privacy. In the history of design and architecture, they have often been used as false walls to create reserved spaces within large rooms. Furthermore, thanks to the decorations applied on the panels, these partition systems have been – and are still – used as a simple furnishing accessory that gives elegance and refinement through a pleasant “see-through” effect.

The Zefiro modular partition system embodies the original oriental taste translated into a contemporary style. Thanks to the countless customization options, this system allows full design freedom and the possibility to create your own version both as regards the number of panels and the finishing options.

Further details on the Zefiro System by Linvisibile are available in the dedicated section of the website. Find out more. 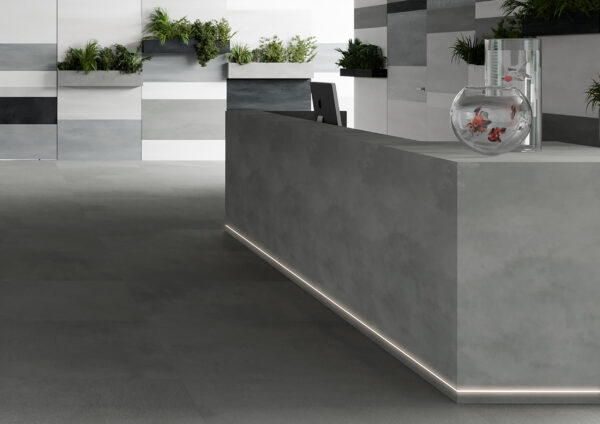 Skirting System: beauty and functionality in a flush-with-wall version

Practicality, elegance and simplicity. The flush-to-wall Skirting System is an essential element because it... 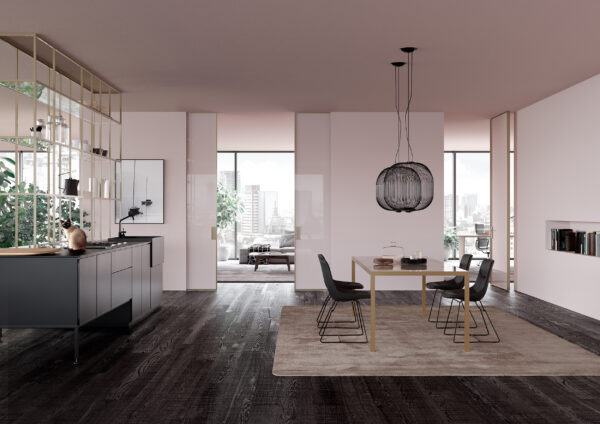 It is now born the new door collection by Linvisibile which pays tribute to one of... 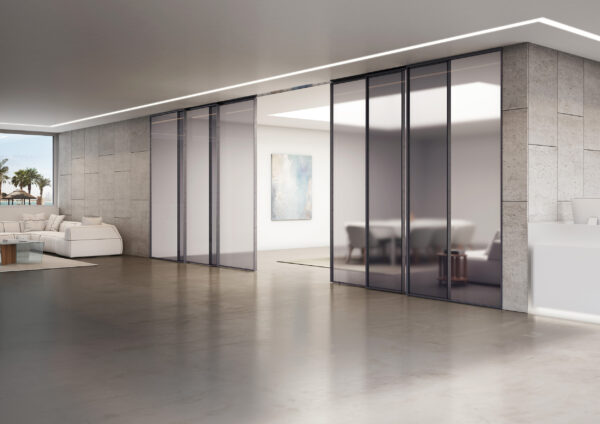 Who wouldn’t want the sense of being “inside of a garden” but also feel...

We use cookies on our website to give you the most relevant experience by remembering your preferences and repeat visits. By clicking “Accept All”, you consent to the use of ALL the cookies. However, you may visit "Cookie Settings" to provide a controlled consent.
Cookie SettingsAccept All
Manage consent

This website uses cookies to improve your experience while you navigate through the website. Out of these, the cookies that are categorized as necessary are stored on your browser as they are essential for the working of basic functionalities of the website. We also use third-party cookies that help us analyze and understand how you use this website. These cookies will be stored in your browser only with your consent. You also have the option to opt-out of these cookies. But opting out of some of these cookies may affect your browsing experience.
Necessary Always Enabled
Necessary cookies are absolutely essential for the website to function properly. These cookies ensure basic functionalities and security features of the website, anonymously.
Functional
Functional cookies help to perform certain functionalities like sharing the content of the website on social media platforms, collect feedbacks, and other third-party features.
Performance
Performance cookies are used to understand and analyze the key performance indexes of the website which helps in delivering a better user experience for the visitors.
Analytics
Analytical cookies are used to understand how visitors interact with the website. These cookies help provide information on metrics the number of visitors, bounce rate, traffic source, etc.
Advertisement
Advertisement cookies are used to provide visitors with relevant ads and marketing campaigns. These cookies track visitors across websites and collect information to provide customized ads.
Others
Other uncategorized cookies are those that are being analyzed and have not been classified into a category as yet.
SAVE & ACCEPT
Powered by